The Best Way To Fix A Blocked Drain is Without Digging 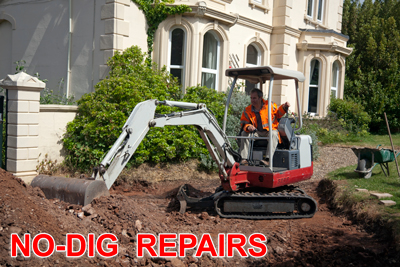 There are several different ways to fix a blocked drain and each plumber uses a different system. Some systems are much more effective than others so it pays to be informed of the different options and their benefits and draw backs, before engaging a plumber.

When speaking to your plumber on the phone to book in an appointment, ask what they use to unblock drains before booking in.

Listed below are the different ways a plumber can fix a blocked drain:

A plunger is a tool that all plumbers carry and anyone can easily purchase from a hardware store. If the blockage is in your toilet or sink and you have a plunger available it can be useful to try the plunger as a first option before calling your plumber. If the blockage is minor like a small build-up of toilet paper etc, the plunger may be enough to dislodge the blockage and clear the drain line. IF this doesn’t work you will need to contact a plumber to help you out as the blockage may be more serious.

Most general plumbers still use a drain snake to try and clear blockages; however plumbers that specialise in fixing blocked drains generally do not use this equipment for the following reasons:

2. In most cases the Electric Eel will only punch a hole through the blockage. It is not able to remove the entire blockage and often leaves around 30% of the blockage behind. This means your pipes could easily block up again quickly.

3. This method is usually slow and inefficient. It is like working blind folded as the plumber is not able to see what has caused the blockage and whether it has all been removed.

A Water Jetter is run by a high pressure water pump that pushes water through a high pressure hose with specialised fittings attached to the end. The hose is inserted down the pipe and blasts out the blockage (including any tree roots). There is no spinning friction involved in this method so the Jet Rodder will not damage the pipe while cleaning. A drain camera can also be used at the same time as the water jetter. In most cases this results in a quicker and more thorough clean as the plumber can ‘see’ what they are doing and not just rely on feel.